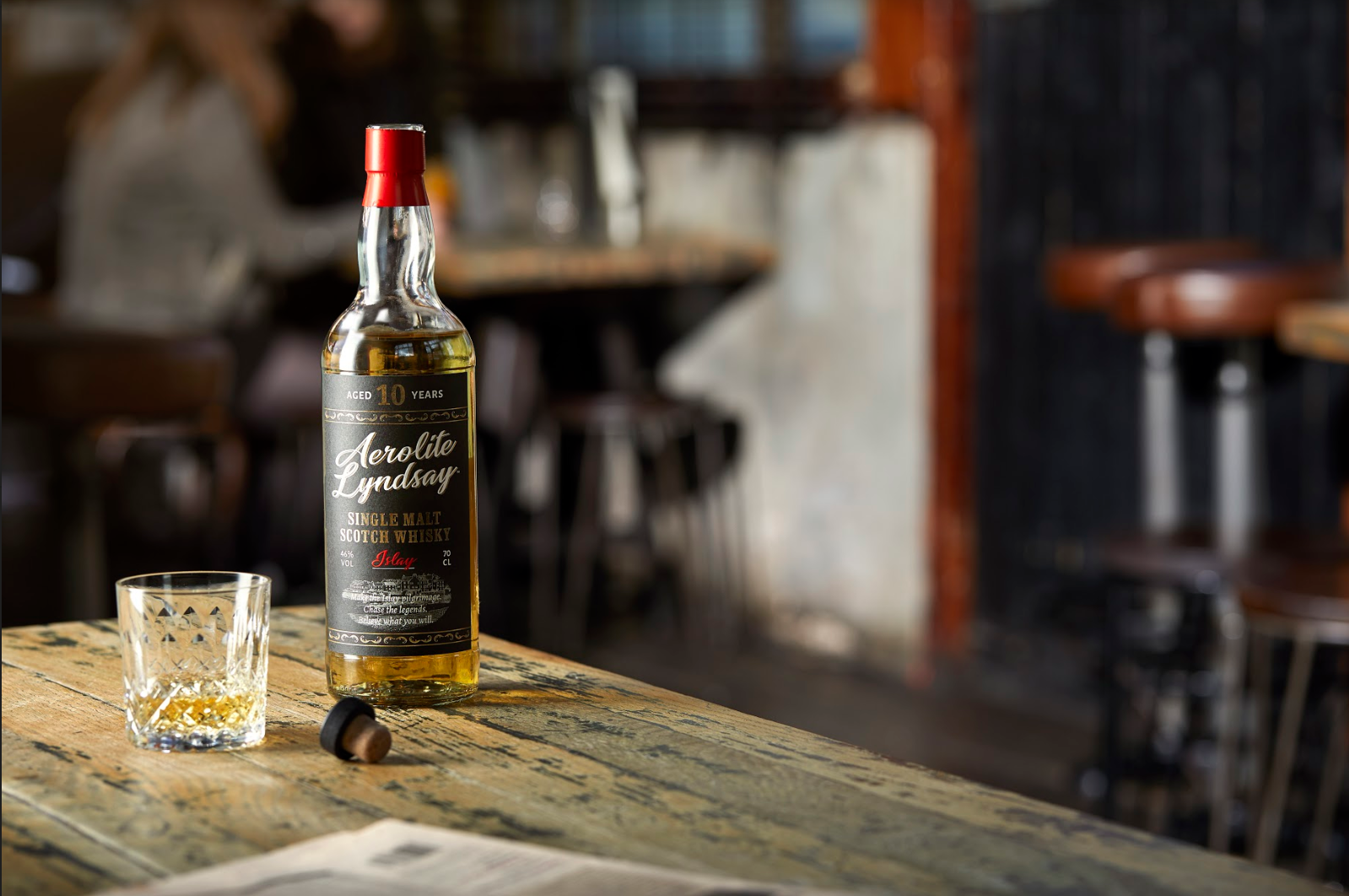 The Character of Islay Whisky Company has launched with their inaugural expression, Aerolite Lyndsay, a 10 year old Islay peated single malt. Sourced from an undisclosed distillery on Islay, this complex whisky is matured in 70% ex-bourbon barrels and 25% Spanish oak sherry quarter casks, with the final 5% coming from specially selected ‘character’ casks from the same distillery.

Aerolite Lyndsay, is the first in a range of whiskies from The Character of Islay Whisky Company, that pay homage to the dual legacy of Islay; the spirit of the place and the spirit itself. Turning the romantic notions of Islay on their head each expression is a tongue in cheek take on the mythical legends and poetic licence brands take with their storytelling in whisky marketing, and instead shifts the focus firmly to the liquid itself.

The Character of Islay Whisky Company explores multifaceted fictional personalities found on the island and each release will have a unique personality based on stories, legends and experiences associated with Islay and its people. As the collection grows, other ages and ‘characters’ will be introduced into the range.

“During the Scotch whisky boom of the 1970s, single malt needed only present itself plainly to be appreciated for what it was, "Old Highland Whisky", "Ten Year Old Islay", etc. But over the malt resurgence of the past two decades to compete in an increasingly crowded marketplace, distilleries have had to dream up larger than life stories to sell their whisky, so large often that they have become scarcely factual and sadly have even obscured the most important element: the whisky itself.

“Character of Islay allows us to do it all, present intriguing stories of provocative mythical personalities while simultaneously stating exactly what is contained in the bottle, indeed, with the very same letters!”

Aerolite Lyndsay is set to be available in 27 markets worldwide including Australia, the US and Europe. It will be officially launched to the trade at Whisky Live Paris on the weekend of 5th - 7th October.

Available now from Maverick Drinks in the UK and Atom Brands worldwide.

The Character of Islay Whisky Company launched in 2019 with Aerolite Lyndsay 10 year old single malt. The brand releases Islay whiskies that play on the mythical notions of the island, with tongue in cheek names and exceptional peat-forward liquid. Each expression explores legends and myths associated with the island and embodies a different fictional ‘character’.

Atom Brands owns, creates and produces some of the most exciting, innovative and high-growth multi-award-winning brands in the drinks industry, many of which have quickly become favourites of spirits enthusiasts and bartenders alike. These include Drinks by the Dram with their 30ml samples, Tasting Sets, and game-changing spirit-filled Advent Calendars, Christmas Crackers and Baubles; as well as Ableforth’s, That Boutique-y Drinks Company, The Blended Whisky Company, The Handmade Cocktail Company, 1897 Quinine Gin, Darkness!, Bitter Bastards, Origin, The ‘Hot Enough’ Vodka Company and Mr Lyan.