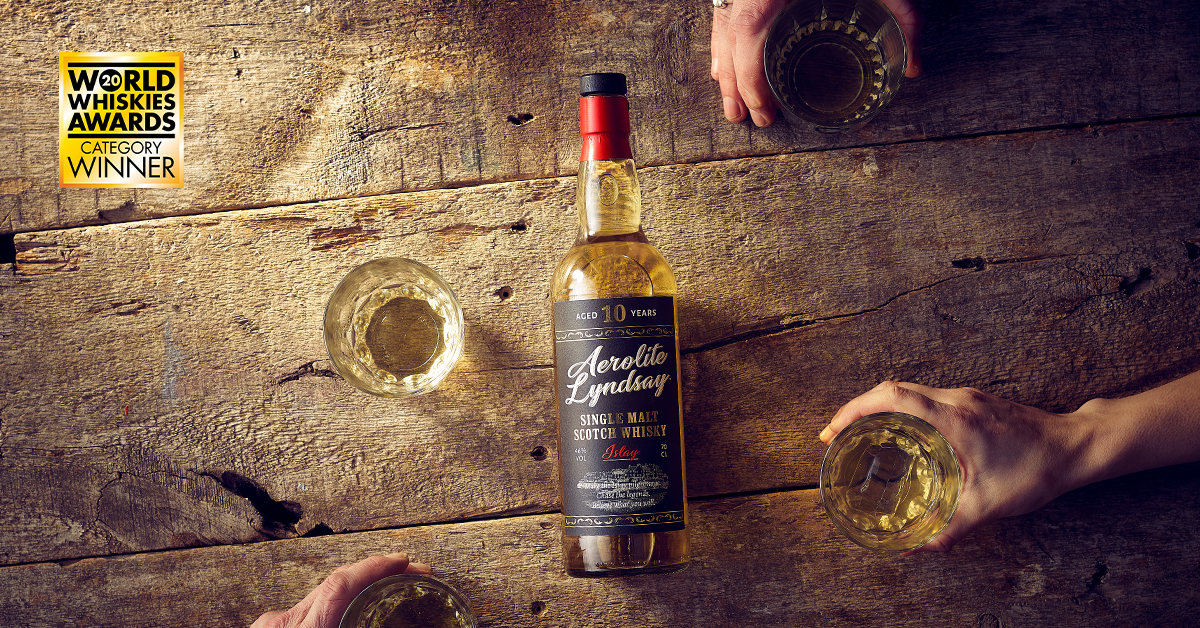 The World Whiskies Awards held the first round of the 2020 competition, announcing the initial category winners across the many different groups of judging.

The Character of Islay Whisky Company’s inaugural release, Aerolite Lyndsay, took home one of the top awards, being named Category Winner in the Islay Single Malt 12 Years and Under category. This achievement marks a strong launch for the new brand, having only been launched in the last year.

Sam Simmons, Head of Whisky at Atom Brands, said of the win

“We are feeling very grateful for this recognition of Aerolite Lyndsay within just months of it being released! With so much in the pipeline for The Character of Islay Whisky company, an acknowledgement like this in a category of some of the biggest brand names in the whisky world from an international panel of experts like the World Whiskies Awards is so encouraging of our aspirations at Atom Brands.“

Presented by the Whisky Magazine and The Drinks Report, the World Whiskies Awards reward the very best in all internationally recognised styles of Whisky from around the world. All samples entered into the competition are tasted blind by an expert panel of judges in

categories defined by age, style and process of whisky production.

Rob Allanson, Editor-at-Large of The Whisky Magazine, commented on the win

“For Aerolite Lyndsay to stand out in a crowd of some of the most recognised and iconic distilleries and brand names is a significant achievement and recognition of the quality of cask buying and blending at Atom Brands. We're excited to see what else the Character of Islay Whisky Company has lined up!”

This win didn’t mark the only success for Atom Brands, as their first continuous liquid in the sherried whisky Darkness range, Darkness 8 Year Old, was also awarded a Gold Medal in the Speyside 12 Years and Under category. This marks continued success for the brand, having previously won another Gold Medal at the 2019 Independent Bottlers Challenge.

That Boutique-y Whisky Company also achieved success at the awards, with their Blended Whisky 21 Year Old being named Category Winner in the Blended Limited Release Scottish 21 Years and Over category, and their Blended Malt #5 Batch 1 21 Year Old winning a silver medal.

The Whisky Magazine announced the results of its Icons of Whisky competition as well. These awards recognise the people, places and products that complete the whole dynamic of the whisky industry, with the winners being nominated and voted for by the industry.

That Boutique-y Whisky Company was named the Brand Innovator of the Year, marking further success for the brand and showcasing the amazing work the brand is doing in the industry to change the way many people interact with whisky - including the Uncorked podcast and the launch of World Whisky Blend.